To share your memory on the wall of John Good, sign in using one of the following options:

Per John’s wishes, there are no services planned at this time.

Per John’s wishes, there are no services planned at this time.

John was preceded in death by his parents Robert and Cleo, wife Roberta Jane, and brothers George and William Good.
Read Less

Receive notifications about information and event scheduling for John

There are no events scheduled. You can still show your support by sending flowers directly to the family, or planting a memorial tree in memory of John Charles Good.
Plant a Tree

The insignias listed here may be subject to copyright and/or trademarked. Those copyrights and trademarks are owned by the respective organizations.

Plant a Tree in Memory of John
Plant a tree 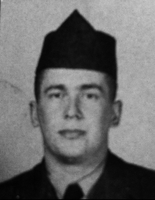