To share your memory on the wall of Marlin Clark, sign in using one of the following options:

Print
Clark, Marlin Dwain, age 84, of Rosebush passed away on Wednesday, July 8, 2020, at his home with his loving wife Joyce by his side.

An outdoor Funeral Service for Marlin will be held at Clark Family Funeral Chapel at 1 p.m. on Sunday, J... Read More
Clark, Marlin Dwain, age 84, of Rosebush passed away on Wednesday, July 8, 2020, at his home with his loving wife Joyce by his side.

As the service is being held outdoors, we are not able to livestream. For those unable to attend, a recording of the service will be available to watch Monday afternoon. To view the service, please scroll down the "Watch Webcast" icon below.

Marlin was born December 10, 1935, in Gratiot County, the son of Leonard and Thelma (Naegele) Clark. He graduated from Breckenridge High School. Marlin married Joyce Ann Taylor on July 21, 1956, at Alma United Methodist Church and throughout their 63-year marriage the two were absolutely inseparable. If you saw one, you saw the other. Marlin worked for 40 years for the Dow Chemical Co. He started as an experimental operator in research and had worked in the physics lab, as a distillation operator, and finally as a crew leader. He was skilled in four trades: machine repair, millwright, multi-craftsman and master tradesman. Marlin could problem solve any machine malfunction and throughout his career, Dow Chemical received several pump patents due to Marlin’s knowledge and expertise. He was a proud member of the Local 12075 Steelworkers Union. Marlin and Joyce and their family lived most of their lives in Rosebush, and Marlin took great pride in promoting and representing the Village of Rosebush. He helped write the Village charter and served on the Rosebush Village Council for 44 years and was mayor for several years. He was also a member of the Weidman Eagles. Marlin enjoyed hunting and spending time in the woods, especially with his family at the hunting cabin built in memory of their son Spencer. He liked antique cars, auto racing, and hunting collectables. Marlin and Joyce loved to dance. He dearly loved his family and was so proud of his children and grandchildren and their accomplishments.

Marlin was preceded in death by his parents; his youngest son Spencer Clark on September 20, 1986; and his brothers Orland Clark and Bernard Clark.
Read Less

To send flowers to the family or plant a tree in memory of Marlin Dwain Clark, please visit our Heartfelt Sympathies Store.

Receive notifications about information and event scheduling for Marlin

We encourage you to share your most beloved memories of Marlin here, so that the family and other loved ones can always see it. You can upload cherished photographs, or share your favorite stories, and can even comment on those shared by others.

3 trees were planted in the memory of Marlin Clark

Posted Jul 10, 2020 at 01:58pm
We will miss your beautiful loving smile. You will always be loved and remember Marlin Clark

5 trees were planted in the memory of Marlin Clark

Posted Jul 13, 2020 at 08:39pm
Joyce, I’m so sorry for your loss. Marlin was such a dear friend to me. Because of health concerns, I couldn’t attend, but I watched the videos of the people speaking at his funeral. You have such a wonderful family. The last time I talked to Marlin on the phone, we had planned to have lunch when he was feeling better and the Covid was over. He was such a good man. You could see the love from your family that spoke at the funeral. They are a blessing. I am praying for you and your family. Sincerely, Merlin Dana
Comment Share
Share via:
RH

Posted Jul 13, 2020 at 12:59pm
Dane, I’m so sorry for your loss. Your Dad lived such a full, rich life and leaves a wonderful legacy.
Comment Share
Share via:
AS

Posted Jul 12, 2020 at 04:03pm
Joyce and Family,
I am so sorry for your loss. You are all in my thoughts and prayers.
Sincerely,
Angie (Sargent) Spaeth
Comment Share
Share via: 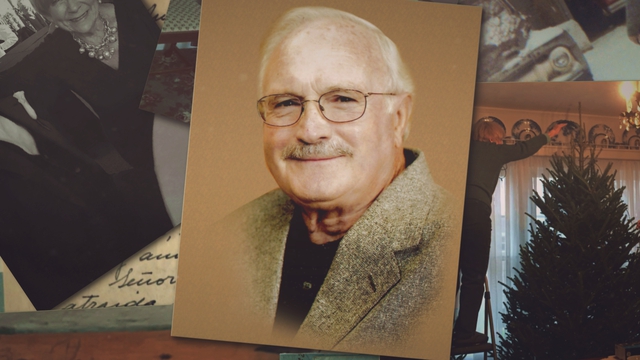