To share your memory on the wall of Richard Maeder, sign in using one of the following options:

Print
MAEDER, RICHARD “RICK” LEE, age 69, of Remus passed away surrounded by his family on Tuesday, September 1, 2020, at his home after a long hard-fought battle with cancer under the care of Heartland Hospice.

A Celebration of Rick’s L... Read More
MAEDER, RICHARD “RICK” LEE, age 69, of Remus passed away surrounded by his family on Tuesday, September 1, 2020, at his home after a long hard-fought battle with cancer under the care of Heartland Hospice.

A Celebration of Rick’s Life will be held at Christi’s House, 10671 W. Jordan Rd., Remus, MI 49340, on Wednesday, September 9, 2020, at 11 a.m. with Chaplin Daryl Amrozowicz officiating. Interment will follow in Fairview Cemetery. The family will receive friends at Clark Family Funeral Chapel on Tuesday, September 8, from 2 to 8 p.m. Visitation will continue at the home the day of the service from 10 a.m. until the time of service. Memorial contributions may be made to an organization of your choosing. Envelopes will be available at the funeral chapel and the home.

A recording of the service will be available to watch Wednesday afternoon. To view the service, please scroll down the "Watch Webcast" icon below.

Rick was born on May 8, 1951, in Mt. Pleasant, the son of Gerald and Floris (Jackson) Maeder. He grew up in Weidman and attended school at Beal City. He married Patricia Swetz on October 31, 1969, at St. Henry's Church in Rosebush. Together they had 3 children, Brien (Lisa) Maeder, Jim (Jen) Maeder, and Christi (Jamie) Densmore. Rick enjoyed his time with his grandchildren, who were the highlight of his life: Sage Maeder, Cade and Avery Maeder, Lauren, Erin, and Karley Densmore.

He took a lot of pride in his family business, Maeder Brothers Sawmill and Maeder Brothers Wood Pellets in Weidman. He worked very hard his whole life but would tell you that to him, it wasn’t work, because he enjoyed what he did. He was happiest when traveling to Alaska on hunting adventures and enjoyed Buck Camp at his property in the UP. He always said the beer tasted better once you crossed the bridge. He expected a lot out of his family and people he worked with. He had a way with words and a way to get his point across. He would always ask for your thoughts on how to go about a project and then promptly explain why he was right and you had to do it his way as he drew a sketch on a napkin to explain it to you. More often than not leaving you clueless about the actual plan, but nevertheless, you did it his way. No matter where you were or what you were doing, it was always an adventure if you were with him.

Rick is survived by his wife of 50 years, Patricia. She stood by his side through his life and through his battle with cancer. Mom, we thank you for being his rock. Also surviving are his siblings, Roger (Denise) Maeder, John (Linda) Maeder, Diane (Alvah) Lintemuth, and Shirley Kleinhans; and many nieces and nephews
Rick was preceded in death by his parents, Gerald and Floris Maeder; and mother-in-law, Rosella Swetz.
Read Less

To send flowers to the family or plant a tree in memory of Richard Lee Maeder, please visit our Heartfelt Sympathies Store.

Receive notifications about information and event scheduling for Richard

Marilyn Schafer and Family, Forest/ Mauck/ Loggers Insurance Agency, and other have sent flowers to the family of Richard Lee Maeder.
Show you care by sending flowers

Marilyn Schafer and Family purchased flowers and planted a memorial tree for the family of Richard Maeder. Send Flowers

Flowers were purchased for the family of Richard Maeder. Send Flowers

Posted Sep 08, 2020 at 07:31am
Jim and Family, Rick was a great guy and left a fantastic legacy. The Sawmill industry will miss Rick. Praying for you. 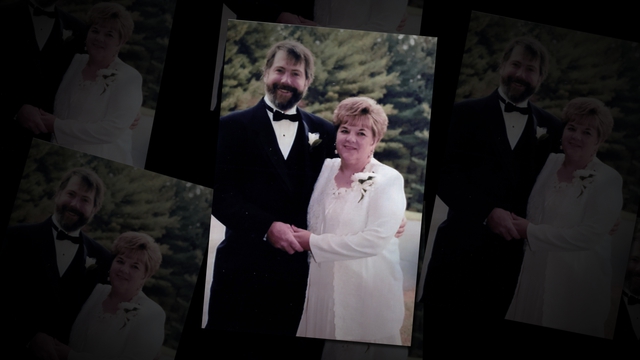