To share your memory on the wall of Ronald Shaver, sign in using one of the following options:

Print
Ronald Dean Shaver, Sr., age 94, of Harrison, formerly of Mt. Pleasant, passed away Tuesday, May 5, 2020, at his home under the care of Compassus Hospice.

The family will receive friends during a public visitation on Friday, May 8, from ... Read More
Ronald Dean Shaver, Sr., age 94, of Harrison, formerly of Mt. Pleasant, passed away Tuesday, May 5, 2020, at his home under the care of Compassus Hospice.

The family will receive friends during a public visitation on Friday, May 8, from 4-8 p.m. at Clark Family Funeral Chapel. Memorial contributions may be made to Union Township Kids Little League. Envelopes will be available at the funeral chapel.

Due to the ongoing “Stay Home, Stay Safe" executive order for all Michigan residents, a private Service for Ronald will be held. Family and friends are invited to join the services via a live broadcast on Saturday, May 9, at 11 a.m. To do so, please visit the webcasting link at Ronald’s Book of Memories at www.clarkfuneralchapel.com or www.facebook.com/clarkfuneralchapel. Interment will follow the service in Memorial Gardens Cemetery. A public Funeral Service will be held at a later date.

At 94, Ronald was the longest ever living male in the Shaver family. He was predeceased by parents, Albert and Ruby Shaver; Eileene (Bellinger) Shaver, his wife of 54 years; infant grandson, Todd Albert Shaver, grandson, Joe Courtright; step-son, David Newcomb; step-grandson, Brandon Martin; and brothers and sisters-in-law, Harold and Helen Shaver, Donald and Ruby Shaver, Vernell and Rose Shaver and his younger brother Lyle Shaver; sister and brother-in-law, Velma and William Clark; and several nieces and nephews.

Ronald was born in Clare County, Michigan, on November 25, 1925, to Albert and Ruby (Wallace) Shaver. He attended Clare High School until his sophomore year, which was interrupted by WWII, and then finished after the war with a diploma in 1947. Ronald was a WWII veteran, serving Company A of the 397th Regiment. He served in France as an infantryman and as a machine gunner pvt. 1st class and was wounded during the Battle of the Bulge on January 10, 1945. Ronald had a great love for his country and voted in every election during his lifetime, teaching his children and grandchildren to do the same. He spent most of his adult life in Mt. Pleasant, where he and his wife Eileene Mae (Bellingar) Shaver raised their family. Ronald worked for the State of Michigan, first as a fire officer and then ended his career as a supervisor of Oil and Hazardous Materials Control Section. He loved his career choice as he was outdoors most of the time and traveled extensively in Michigan. Ronald was one of the founding organizers of the Union Township Little League in 1958. Along with Keith Decker, Keith Gothup and Oscar Schmidt, they created a baseball league so the country boys could play ball. It began with the Tigers, Indians, White Sox and Yankees teams, with Ron coaching the Tigers for 6 years. He was very proud of all of the volunteers who have made this organization as successful as it is today. Ronald also was a scoutmaster for the Harrison Troop in the winter of 1946. He was a member of the Moose Lodge in Harrison and a member of Christ the King Church in Gladwin. Ronald was on the committee that developed the West Side School/West Intermediate. In the mid ‘60s he was on the county school committee when the law was passed that all schools must offer K-12 total enrollment to maintain a school.
Read Less

To send flowers to the family or plant a tree in memory of Ronald Shaver Sr., please visit our Heartfelt Sympathies Store.

Receive notifications about information and event scheduling for Ronald

We encourage you to share your most beloved memories of Ronald here, so that the family and other loved ones can always see it. You can upload cherished photographs, or share your favorite stories, and can even comment on those shared by others.

The Gilligs and Aunt Norma Jean

Posted May 17, 2020 at 04:19pm
As you grieve know that we are remembering you and honoring the memory of "Ronald Shaver".

Posted May 09, 2020 at 02:53pm
So Barb and Bernie might continue to remember their father through this tree. A tribute to a great outdoorsman.

Posted May 09, 2020 at 10:43am
In loving memory of my grandpa who was ALWAYS willing to stand up for what was best for all. I am so proud to have the Shaver name!

Posted May 09, 2020 at 09:39am
Ron was my baseball coach when I was on the Union Township Tigers baseball team. I have fond memories of him coaching us kids. I think I may have been back in about1959 to 1961. I also graduated from Mt. Pleasant High School with his Daughter, Barb. Barb and her husband, Bill attended my parents" (Jack and Jean Loper) 50th anniversary party in which Bill was the photographer. Blessings to the entire Shaver family on a life well-lived.
Sincerely,
Barry C. Loper
Lansing, Mi.
Barry C. Loper
Lansing, Mi.
Comment Share
Share via:
SS

I'm sure he would be happy and proud to know that his gifts and purpose live on through Allison.

Sally, I can't thank you enough for this! He would have appreciated your love for teaching history too! Love, Allison 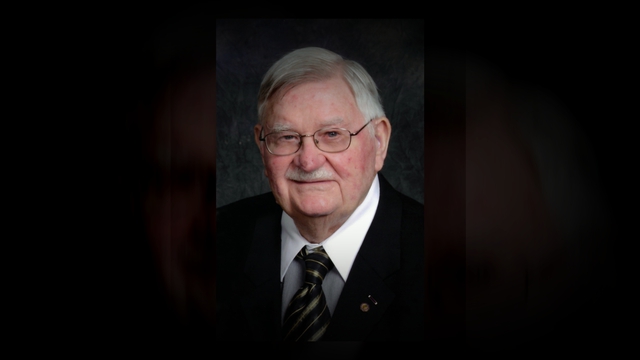