To share your memory on the wall of Thaddeus Zolty, sign in using one of the following options:

Service to others has always been an important commitment of Ted and in 1960 he traveled to Bolivia and taught English as a second language with the Christian Spanish Brothers and then later served his students with the Dutch Augustian Fathers.

Returning to the United States Ted enrolled at Notre Dame University in 1964. On July 10th, 1965, Ted married Jody Jager. Ted and Jody came to Mt. Pleasant in 1968 and started his career at Central Michigan University. He finished his PhD in Latin American Studies from Notre Dame University in 1972. Over the years Ted also taught classes for Alma College as well as Mid Michigan Community College. Ted was a very dedicated professor staying in contact with his students, mentoring many along their way to their chosen profession. In 1985, he was recognized as Teacher of the Year at Central Michigan University. Ted retired from Central in 1998 after nearly 30 years of service.

Following his commitment to public service Ted served Mt. Pleasant on the planning commission and zoning board before his tenure on the Mt. Pleasant City Commission. Ted served as Mayor in 1978. He was a founding board member for Woodland Hospice and was committed to helping others at the Isabella County Soup Kitchen.

Ted is survived by his loving wife of 55 wonderful years, Jody; sons, Carl Zolty of Los Osos, California and Bob Zolty of Bayside, California; grandchildren, Zach, Ashland and McKenna of Los Osos, California; his special niece, Cheryl Phillips of West Covina, California and many other nieces and nephews, Pat and Fred Peters of Merlin, Oregon, Jim and Gayle Jager of Springfield, Tennesse, Bob and LInda Jager of Talent, Oregon, Mike Jager of Corvallis, Oregon, Joe Jager of Grant Pass, Oregon. Ted's many friends and colleagues will miss him very much.

Ted is proceeded in death by his parents and siblings, John, Hellen and Stella, Nichlas and Louise Jager.

A Celebration of Ted's Life will be held at a later date. In lieu of flowers, Ted's wishes are for St. Judes Children Hospital and Doctors without Boarders. Ted's family would like to thank Stratford Pines Rehab in Midland for the excellent care and support given to Ted.
Read Less

Receive notifications about information and event scheduling for Thaddeus

There are no events scheduled. You can still show your support by sending flowers directly to the family, or planting a memorial tree in memory of Thaddeus Carl "Ted" Zolty.
Plant a Tree

We encourage you to share your most beloved memories of Thaddeus here, so that the family and other loved ones can always see it. You can upload cherished photographs, or share your favorite stories, and can even comment on those shared by others.

Posted Sep 18, 2020 at 08:28am
Good bye my friend, may you rest in peace. And our condolences to you, Jody and family. Jerry & Gwen Schlorff
Comment Share
Share via:
HS

Posted Sep 15, 2020 at 12:23pm
With loving memories of "Thaddeus Zolty", He was older brother figure mentor and I shall miss him. 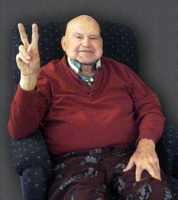 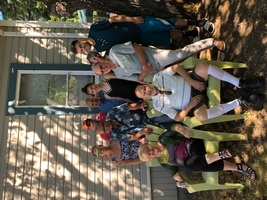