To share your memory on the wall of Thomas Fyke, sign in using one of the following options:

Provide comfort for the family of Thomas Fyke with a meaningful gesture of sympathy.

Tom was born on March 28, 1941, in Cheboygan, the son of Morris and Lillian (Durocher) Fyke. He was raised there and graduated as valedictorian from Mackinaw City High School with the class of 1959. He honorably and proudly served in the United States Navy from 1959 to 1964. Tom graduated from Central Michigan University in 1971 with a bachelor’s degree in business administration. He married Glenda Roomsburg on October 7, 1967, at Sacred Heart Catholic Church in Mt. Pleasant. Tom retired in 1997 from the State of Michigan where he worked various positions as a supervisor who compassionately aided and assisted fellow veterans finding employment. Tom was an active, faithful, and longtime parishioner of Sacred Heart Catholic Church. He assisted in baptism, marriage preparation, and participated in marriage encounter. Tom thoroughly enjoyed the company of family and friends, reading American history, following sports, viewing classic films, and listening to the music of Frank Sinatra.

Tom is survived by his devoted wife of over 51 years, Glenda Fyke of Shepherd; his loving daughters Mary (Matthew) May of Haverhill, Massachusetts, and Patty Fyke of Mt. Pleasant; his beloved granddaughter Olivia May; nephews Dennis (Pam) Fyke of Texas, Barry Fyke of Cheboygan, and Brett Fyke of Cheboygan; in-laws Robert (Juanita) Roomsburg of Texas, Betty Ann (Dan) Weid of Edmore, Rick Roomsburg of Juneau, Alaska; and several other nieces and nephews.

A Funeral Mass will take place at Sacred Heart Catholic Church in Mt. Pleasant on Monday, August 12, 2019 at 11 a.m. with Father Loren Kalinowski and Deacon Larry Fussman officiating. A luncheon will immediately follow in the Sacred Heart Parish Hall. Burial will take place at 2 p.m. at Lincoln Township Cemetery. The family will receive friends on Sunday, August 11, 2019 from 5-8 p.m. at Clark Family Funeral Chapel, with a vigil to be held at 7:30 p.m. Visitation will continue Monday beginning at 10 a.m. at the church until the time of the mass. In lieu of flowers, contributions in Tom's name may be made to Woodland Hospice or Sacred Heart Foundation. Envelopes will be available at the funeral home and the church.
Read Less

We encourage you to share your most beloved memories of Thomas here, so that the family and other loved ones can always see it. You can upload cherished photographs, or share your favorite stories, and can even comment on those shared by others.

The Whipple Family and Jim and Anne Dutcher have sent flowers to the family of Thomas Lewis Fyke.
Show you care by sending flowers

Posted Aug 14, 2019 at 08:55pm
Dear Glenda, So sorry for the loss of your dear husband. You are in our thoughts and prayers.
Kathy & Ken Kobylarz
Comment Share
Share via:
HS

Flowers were purchased for the family of Thomas Fyke. Send Flowers

Posted Aug 09, 2019 at 11:01am
Our thoughts and prayers are with the Fykes and all of Toms family and friends at this difficult time.

The Whipple Family purchased flowers for the family of Thomas Fyke. Send Flowers

Posted Aug 09, 2019 at 08:16am
Please accept our most heartfelt sympathies for your loss... Our thoughts are with you and your family during this difficult time.

Flowers were purchased for the family of Thomas Fyke. Send Flowers 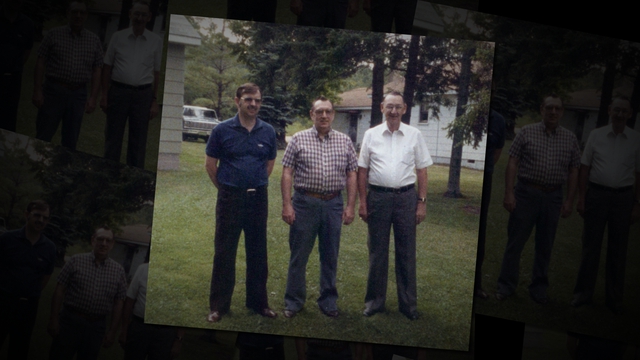